Strangers in the Storm

Jared Rund and Diane McKenney were strangers when they set out to climb Mount Rainier, but they had one thing in common: they weren’t going to let anything stop them from reaching the mountain’s imposing 14,411 foot summit, one of the tallest and most challenging peaks in the United States. But when a sudden storm swallowed the mountain and hid their trail, their weekend hike turned into the adventure of a lifetime—and they would need each other if they were going to find their way home.

Mothershed Design Company worked with Jared and Diane to design a custom website to promote and sell their book. MDCo. used striking imagery of Mount Rainier along with bold colors, custom call to action buttons, and compelling copywriting to capture the epic journey of the book. 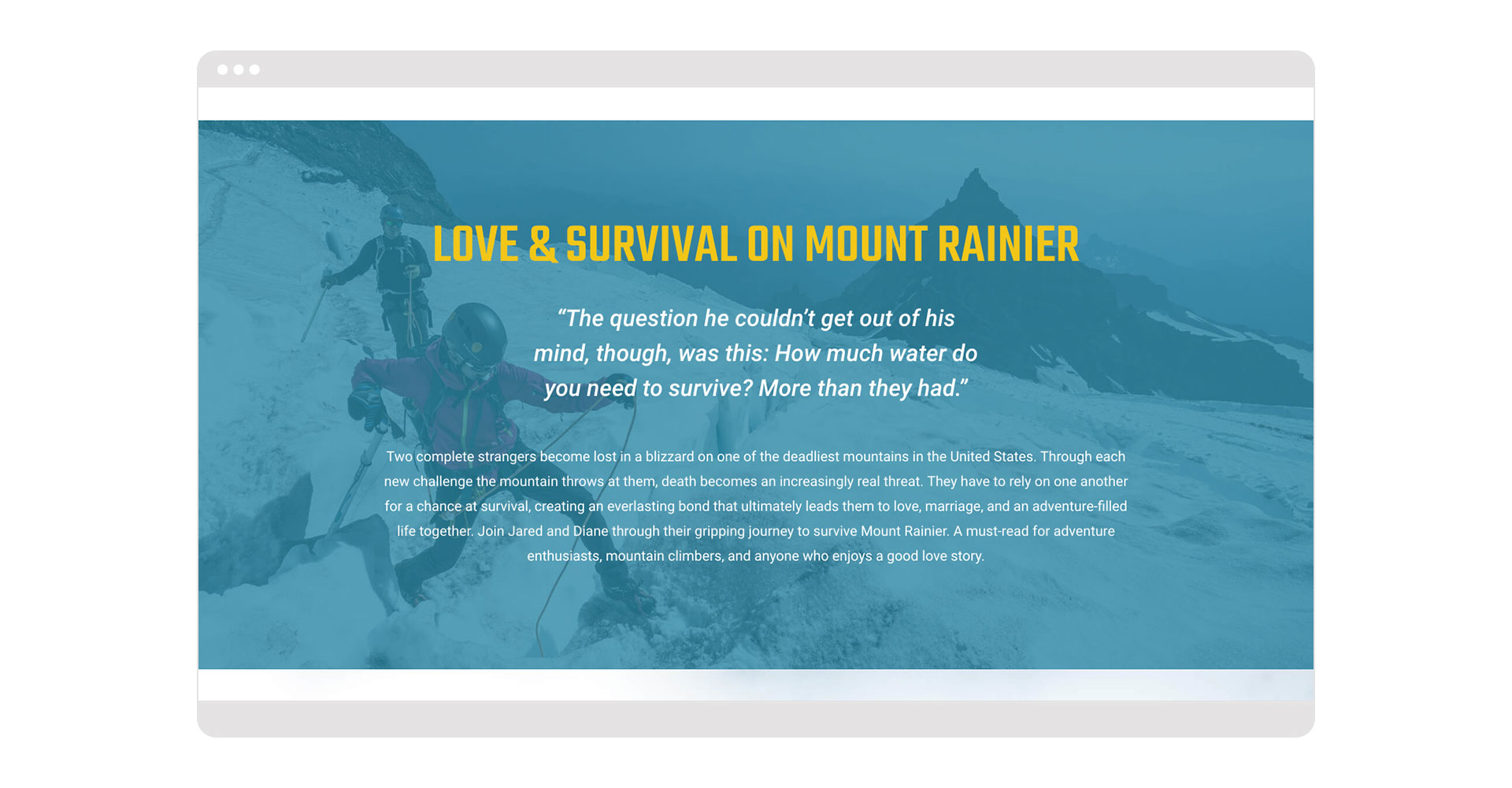 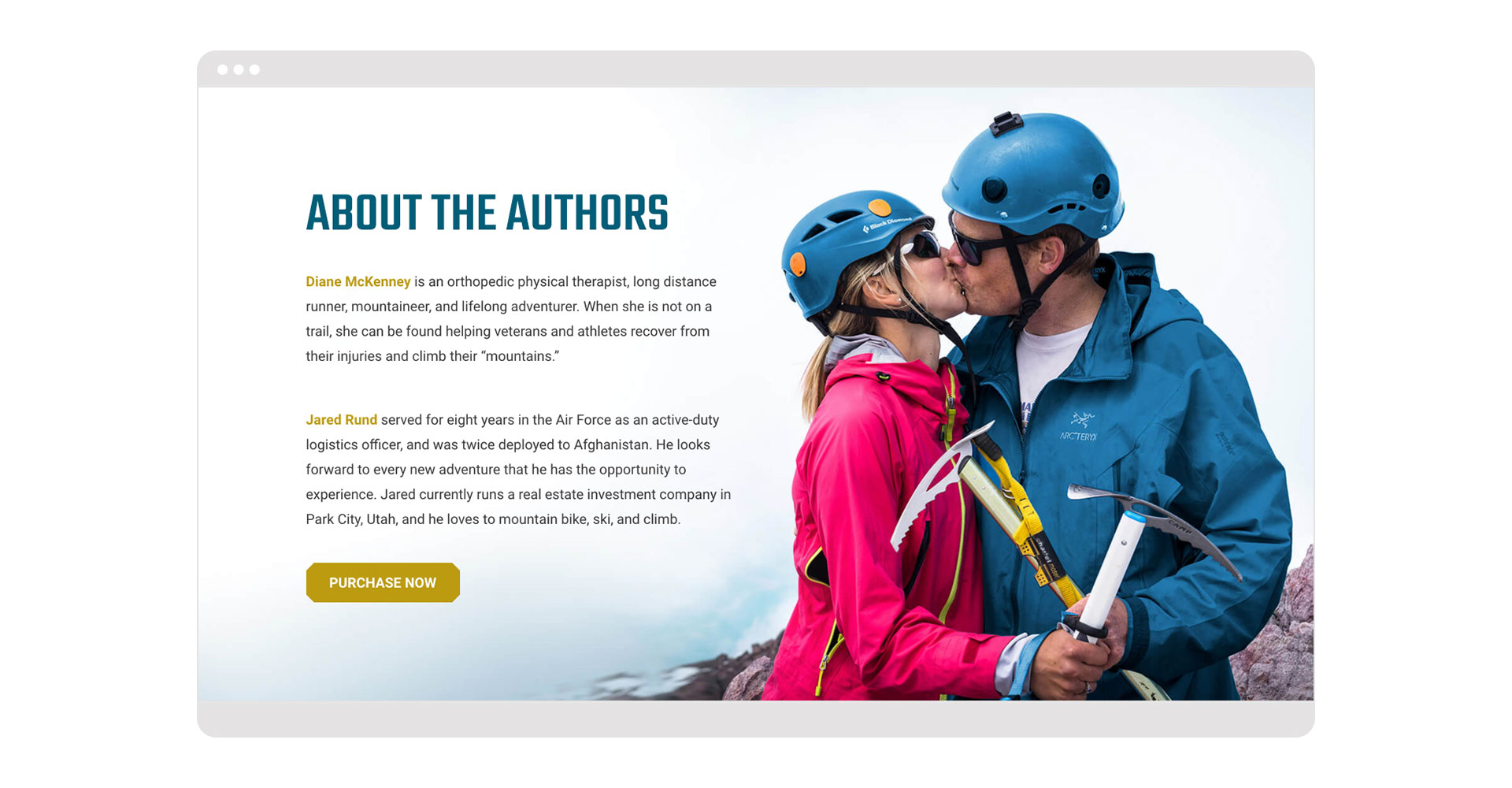 Back To All Projects

Have a project in mind? Contact us to start achieving your goals.

Thank you! Your submission has been received!
Oops! Something went wrong while submitting the form.